A few years ago I sat on a plane waiting to taxi out from the gate.   My youngest daughter and I were to fly to Hawaii and meet my husband and our other daughter for a long awaited vacation.  We had some free plane tickets and had to fly on separate airlines to get the free flights.

We had been waiting a longer time than usual and finally the attendant told us they were having some computer problems with the plane.  They were in the process of getting the parts replaced.  My seatmate started talking at this point about how he had been at the airport on September 11, 2001 and had a “feeling” that something was going to happen.  He claimed he had also been at another place before a tidal wave and yet another time before an earthquake, and had a “feeling” that something would happen.  He proceeded to tell me that he had that same “feeling” now.

I was not at all interested in hearing any more.  I was already feeling anxious and trying to keep my 5 year old daughter occupied while calculating how much time this would add to our already long flight.  Would we miss our connection?  Would my husband know we had been delayed?  All these thoughts swirled through my head as my seatmate kept up his monologue.

By now, my daughter was becoming concerned because this man beside us kept up his worrisome conversation and talked about all the things that were probably wrong with the plane and our probable demise.

Finally, I had heard enough.  I looked at my seatmate and said. “You know, I prayed this morning that God would take care of us and I believe He has this situation in His hands.  I’m not worried!”

Shortly after that, the attendant came back out and told us that we were to be changing planes.  My flight was now a direct flight and we would arrive before my husband.  And the gentleman beside me would be on another flight!

But then if we will become as a child and remember that our Daddy is bigger than _______ (fill in the blank), it puts all of this into a different perspective.

God is bigger than a small electrical computer part on an airplane, He’s bigger than our jobs, homes, where we live, and who our friends are.  He’s always there for us if we will just trust Him and learn to depend completely on Him.

“Then I thought, ‘To this I will appeal:  the years of the right hand of the Most High.’  I will remember the deeds of the Lord; yes, I will remember your miracles of long ago.  I will meditate on all your works and consider all your mighty deeds.”  Ps.  77:10-12 NIV

“And my God will meet all your needs according to His glorious riches in Christ Jesus.”  Phil. 4:19 NIV 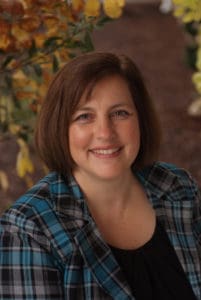